Congrats to everyone who participated in the wildly successful Forgo Wells National Day of Action on April 25th! Our partners shaped the narrative around Wells Fargo’s shareholder meeting, which ended with shareholders loudly declaring their lack of confidence in the company’s leadership. Reports of Indigenous leaders, bank workers, and community activists disrupting the meeting dominated the news cycle. Our hashtag, #ForgoWells, trended on Twitter yesterday in DC, Chicago, and Florida (Check out the Storify put together by our social media guru, Amanda Jackson from Americans for Financial Reform). We held local actions in more than a dozen cities, in which our partners delivered our sign-on letter, which has more than 75 signatures, to Wells Fargo branches from coast to coast. And finally, the ReFund America Project’s report about Wells Fargo’s role in causing Puerto Rico’s debt crisis got coverage in by El Nuevo Día (Puerto Rico’s newspaper of record) and Metro.

Inside the shareholder meeting in Ponte Vedra Beach, Florida, leaders from the Standing Rock Sioux, homeowners, and frontline bank workers with the Committee for Better Banks clashed with Wells Fargo’s top executives. While CEO Tim Sloan named rebuilding trust as his number one priority, activists demonstrated that would be impossible as long as Wells Fargo continues to invest in destruction. Unsurprisingly, Sloan made it clear that Wells Fargo would continue to invest in the Dakota Access Pipeline and refuse to remain neutral as workers organize to improve the bank for themselves and the customers they serve.

Meanwhile, we had more than a dozen local actions in cities across the country, from New York to California and North Dakota to Florida (you can find our action toolkit here). Check out New York Communities for Change’s videos from the New York actions here and here. There are pictures of the 215 People’s Alliance’s action in Philadelphia here and here. And our day of action comes on the heels a vote by the Central Council of Tlingit and Haida Indian Tribes of Alaska this past weekend to divest from Wells Fargo over its financial backing of the Dakota Access Pipeline at its annual tribal assembly.

After the marathon three hour meeting, news broke that shareholders had dealt a stunning rebuke to the Wells Fargo board of directors by giving them historically low levels of support, calling their futures at the company into question. Although unopposed directors at major corporations are typically elected with very close to 100% of the vote), three quarters of the Wells Fargo board failed to cross the 80% threshold, and more than half the board members registered less than 70% of the vote. Board Chair Stephen Sanger received just 56% of the votes.

Thank you to everyone who participated in making this day of action such a smashing success! But we all know that this is just the beginning. We have to keep up the pressure on Wells Fargo in the coming weeks and months to force the bank to change its ways. And yes, that means getting even more state and local governments to #ForgoWells and divest from America’s most racist bank. If you haven’t already, sign up here to get involved with the Forgo Wells Campaign! 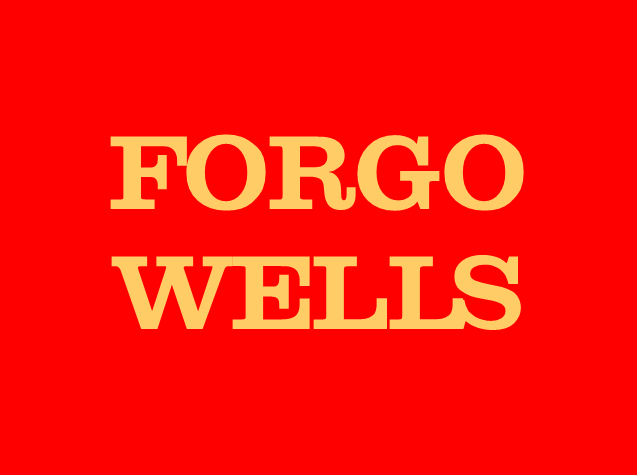